There are around 128,000 victims of rape and attempted rape in England and Wales each year. In 2021, the police were told of 63,136 allegations of rape, yet only 820 alleged rapists were charged – that is just one in every 77 rape suspects. The prosecution rate is 1.3 per cent, the conviction rate is even lower and more than 40 per cent of rape cases were closed because complainants did not support further police action, some described the investigative process as re-traumatising. End Violence Against Women Coalition state that rape and sexual assault have effectively become ‘de-criminalised’. Former Victims’ Commissioner, Dame Vera Baird KC said, “if you are raped in Britain today, your chances of seeing justice are slim.” 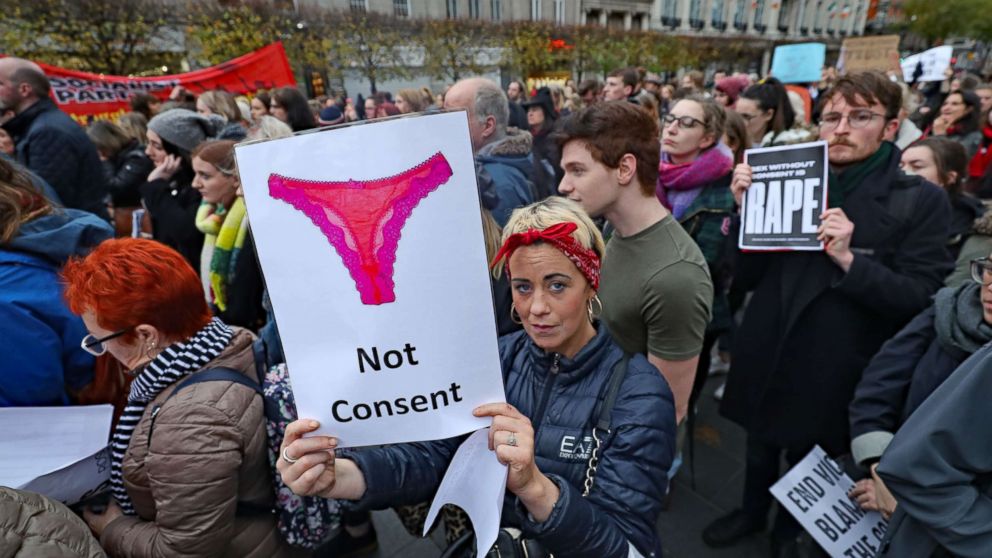 The Sexual Offences Act 2003 says that someone commits rape if all of the following happens:

Most rapes do not fit societal stereotypes and tropes such as a ‘stranger jumping out of the bushes’. Women and girls are often raped by a friend or partner, or have a shock reaction and freeze. Some women do not resist, others might try to resist. Sometimes physical or sexual injuries are present, sometimes the mental scars are not visible but etched into the mind and soul. Evidencing rape and the absence of consent is complicated and challenging under existing legislation.

At Right to Equality, we understand that changing laws will not eradicate rape. But we recognise that the law is a powerful tool to change attitudes and beliefs towards sex and rape. Criminalising unwanted sex sends a strong message about the kind of society we want to live in. That is, a society free from rape, and where everyone’s sexual autonomy and bodily integrity are respected and valued. Reforming the law can be a fundamental starting point for changing behaviours but it must also be accompanied by concerted efforts to challenge widespread harmful rape myths and gender stereotypes. Right to Equality is working in collaboration with the Women’s Equality Party on exploring its policy on rape law in the UK. Two of the proposed changes that we are examining are, affirmative consent (yes means yes!) and a welcomeness standard to sex.

Some countries have taken a radical approach to consent and introduced ‘affirmative consent’ models. Affirmative consent is defined as explicit, informed, and voluntary agreement to participate in a sexual act. The affirmative consent model puts the onus on the defendant to prove, at the time of the act, the other party actively said or did something to indicate consent had been given throughout the encounter. The defendant needs to show that he took steps to ensure the complainant wanted to have sex. In 2018, Sweden introduced an affirmative consent law, becoming the 10th country in western Europe to define non-consensual sex as rape. In the two years since this was implemented, Sweden saw a 75% increase in rape convictions. Iceland introduced similar legislation the same year, with Greece joining in in 2019.

World-renowned feminist legal scholar and advisor to Right to Equality, Professor Catharine A. MacKinnon adopts a transformative approach to redefining rape in law. MacKinnon argues that consent is an intrinsically unequal concept and should be eliminated from the law of sexual assault. To redefine rape as the crime of inequality that it is, the prohibited act should centre instead on a concept of force that, beyond physical force, incorporates multiple inequalities of power -- such as age, race, disability, celebrity, caste, sexual orientation, gender identity, and sex/gender -- when used to coerce a sexual interaction. Instead of focusing on what he did to her or what she ‘allowed’ him to do to her body, the court should scrutinise the context in which sex happened: Was the sex willing, wanted, respectful and mutual?

Right to Equality is committed to raising awareness that existing rape laws are not only allowing rapists to go free, but they are also deterring victims from coming forward and reporting their assault. Right to Equality believes that the law must change in order to end victim blaming and gender stereotypes in legal proceedings. For many survivors, the criminal justice system is not a place of protection, but a site of harm and prolonged trauma. It is time the UK government stood with victims of rape and for that to happen the law must change.